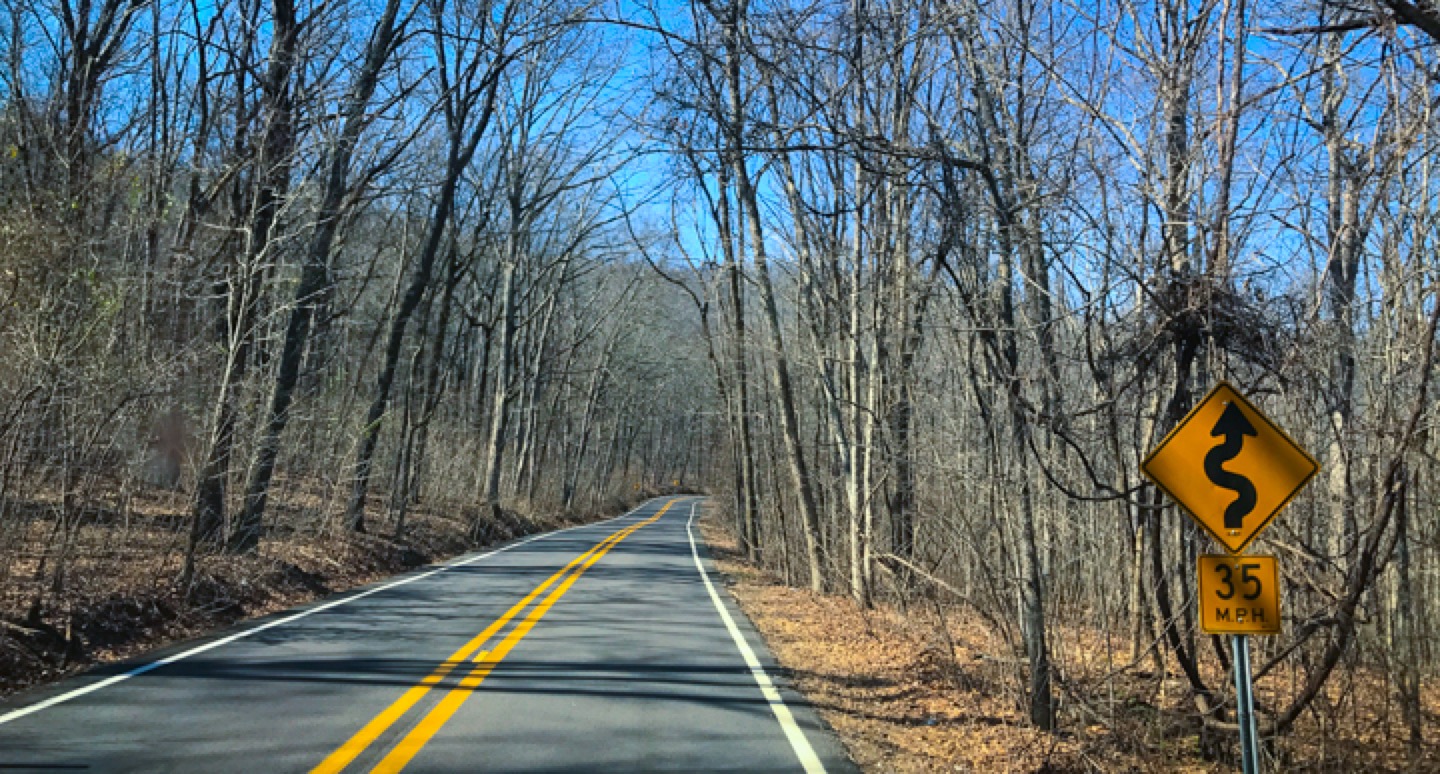 A lot of our stops are last minute decisions. On Thursday we decided we wanted to go to Ozark National Forest to hike Whitaker Point.

During a short work break, we zoomed in on Google Maps and saw that Ozark National Forest wasn’t far off route on the way east to Nashville, TN. After some quick research, Ben found a site that covers and rates different hiking trails around the country. Whitaker Point - or Hawksbill Crag as it’s also known - was rated number one in Ozark NF. I recognized the name from my Pinterest’ing, and looked up a few blogs that covered the trail and the drive there.

Before we headed into the forest, we needed to dump and top off on water. As I was searching and calling different RV Parks close to Ozark, we came to an exit that had a KOA. Since we had to pull over anyways to re-shut our back door (you have to slam it a good bit to get it to lock properly) I had time to call them to see if they had availability. They had multiple RV sites open - all with full hookups - and an easy night drop off process. I had never stayed at a KOA before, and was impressed with how clean and well-kept this one was. At $40 a night, we could stay at one every four or five days and average out at around $300 a month in ‘rent’. When you figure that dumping at Flying J’s or other truck stops is usually $10, for us it makes sense to get the benefit of full hookups once or twice a week and end up averaging $10/day. 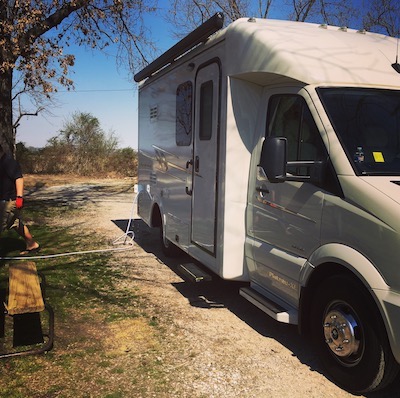 While we had full hookups, we took the time to do some maintenance cleaning in our coach. For us this involves dumping completely and filling the black tank up to roughly 50% with some bleach mixed in. We also vacuum the entire coach, shake out our floor towels, bleach the bathroom, and in general do a deeper cleaning than our daily tidying up on the road. A dump hookup meant that we also had the luxury of taking as long of showers as we wanted since we didn’t have to worry about filling our gray tank. When checkout time rolled around at 11AM, we were ready to go and headed off to the forest. 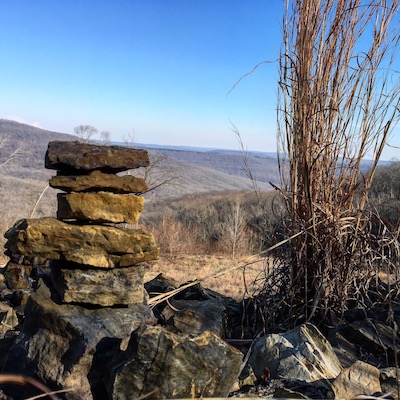 We took Hwy 23 north from I-40, along Pig Trail Scenic Byway. Even in the end of winter with little color or leaves on the trees it was a beautiful drive. The road is windy and there are parts of it that feel like driving through a tunnel of trees. I imagine it is an incredible drive in the spring and fall, and look forward to returning to this area. At one of the overlooks we stopped to fly the drones and try to get some photos. Photography is something we are both trying to spend more time doing this year. We’ve set up our RV to make both the drones and the cameras easily accessible for quick pull overs. After an hour or so of flying, we hopped back in and continued the drive.

Trouble on the road

On Hwy 16 just passed Boston we saw a UPS truck pulled over on the side of the road. As we got closer to him, we saw that there was a motorcycle that had skidded off the road and was laying in the ditch. We got out to see if we could help and to talk to the UPS driver. A few locals also drove up as we were looking around to see if they could help. Fortunately, we couldn’t find anyone but the bike was still warm so we knew it had to of happened recently. We can only hope that the rider either had another friend riding another motorcycle alongside them, or that someone drove up before we did and took the rider to get looked at and taken care of. 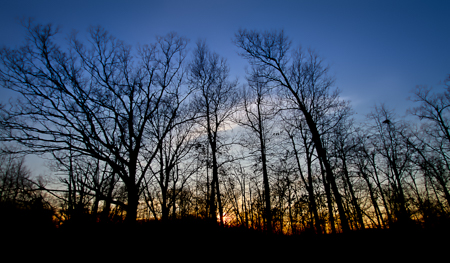 By the time we got to the 6.9-mile dirt road to get to the trail head, it was 5PM and too late to do the full hike before dark. Already on the dirt road with few options to turn around in an RV, we found a small turnout on the right-side of the road that we decided to park in for the night. Ben flew his drone to get some air shots of the sunset, and I played around with the Canon to see if I could get some photos of the area.

A member of the local dirt biking patrol stopped by and let us know that it was perfectly fine to stay overnight where we were, and that hunters stay there often. It was pretty awesome being parked in the middle of nowhere off of a dirt road, surrounded by trees and nothing else. Had we gotten any bigger of an RV, we wouldn’t be able to just pull over like that.