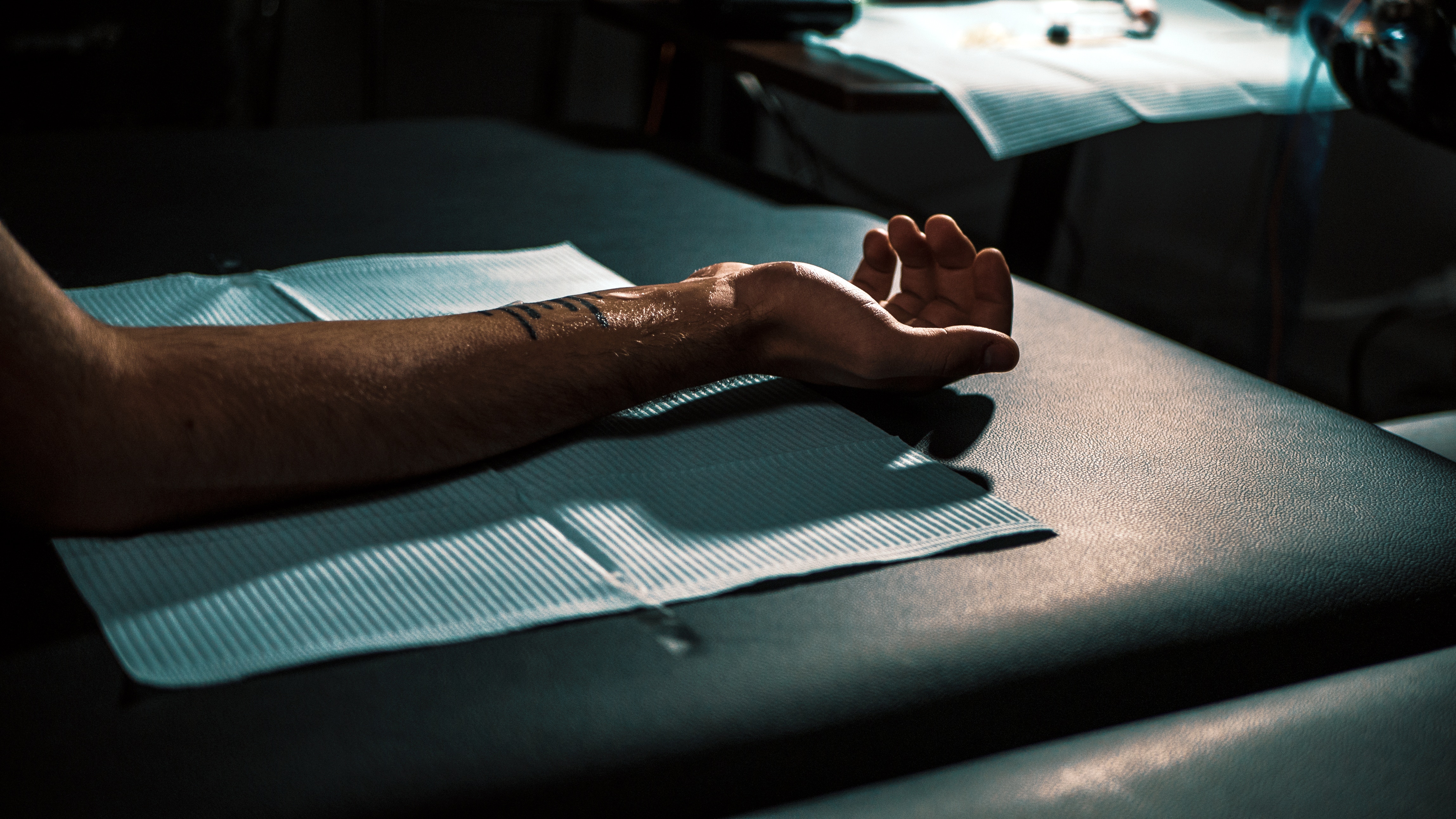 Photo by Gabriel Laroche on Unsplash

After seven years and change of living with a tattoo I never really liked, I finally took the plunge into tattoo removal.

For my 20th birthday present to myself I decided to get a huge black panther tattooed between my shoulder blades. I had just gone to Belize the spring before and after visiting Tikal decided that a panther was my animal totem. My aunt had a pretty realistic looking panther on her right shoulder. Google brought up some pretty awesome images of panther tattoos. I thought it would be perfect for my first.

Let me just say without boring you with the details that I wish I had known then what I know now. I wish I had known that it is okay to back out of a tattoo after an artist has drawn out a sketch. It is totally okay to pay them for their time spent on the drawing and walk out without anyones feelings getting hurt. It also wouldn’t have hurt to know that it does in fact hurt much more to have one removed than it does to have one applied.

I had mine done at Sanova Dermatology in downtown Austin. I chose them by recommendation of my dermatologist and because they have the only Cutera Enlighten laser in town. The Enlighten offers both the picosecond and nanosecond delivery (how fast the laser fires), and has the three most common wavelengths used to remove tattoos. While mine is primarily black (the easiest to remove), I had some red and green to consider when choosing a doctor and laser. I did not want to have to go to multiple doctors to get my tattoo fully removed.

For anyone considering tattoo removal, I say this and foremost. Use the lidocaine. I did not believe others when they said tattoo removal hurts more than getting a tattoo. When I had mine done I was able to finish the whole session without any help in two hours. We only took one break to let me stretch my neck. Sure it hurt, but it was more uncomfortable than painful.

Thinking that the removal would be similar I started out with only a local numbing cream. That cream doesn’t do diddly squat. When that laser hit my back it was like having a bee sting me at a rapid pace repeatedly. Others have compared it to having a rubber band snapped against your skin a few million times. However you want to describe the feeling, it’s painful. I’ve had stitches in my face without crying but I’d be lying if I said tears didn’t blur my eyes.

After about five minutes of deep breaths they teach women going through labor and some cold air pointed straight at the spot getting burned off of me, I gave in and asked for the lidocaine. That also hurt but it was nothing compared to the laser. I will proudly admit that I am a sissy. My aesthetician was pretty awesome about it though and got me set pretty quickly with the lidocaine. She also made sure I was as comfortable as I could be and kept the cold air on my back.

The healing process itself was not terrible. For me it was uncomfortable because of the location of my tattoo. It being between my shoulder blades and taking up half of my back, I was unable to lean back. Which meant about a week of leaning forward whenever I sat down or trying to strategically turn and lean to one side. There were some blisters (I’ll spare you the pics), but mainly only on the red parts of the tattoo. Once the blisters went through their lifecycle after five days the peeling started and the itching kicked in. The skin stayed fairly tender and bumpy the whole two weeks it healed.

The first four days we used Neosporin and kept it covered with suran wrap during the day. In the evenings I would do my best to rinse the ointment off and give the skin a chance to breathe. By the fifth day we stopped applying Neosporin and let it stay clean and dry. The whole tattoo area itched like crazy throughout the healing process. After two weeks the skin had completely healed and was back to its normal texture.

I’m pretty happy with the fading seen after just one session. You can already see the pigment breaking up and lightening. The skin healed perfectly. My aesthetician recommended waiting at least 8 weeks between sessions to let it fade as much as possible on its own. I expect it will lighten more than it already has by the time I go in for round two.