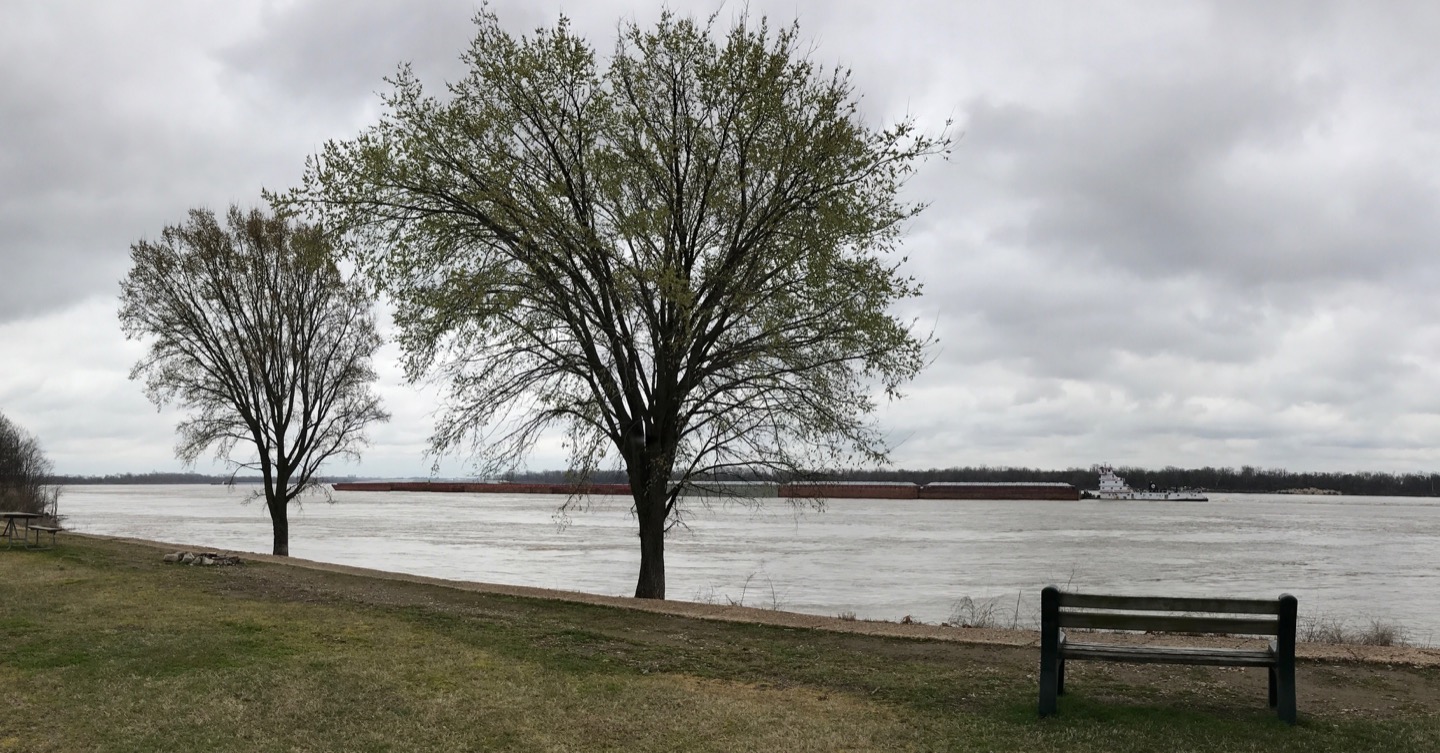 After spending a week in Hot Springs, AR, we decided we wanted to wake up next to the Mississippi River. 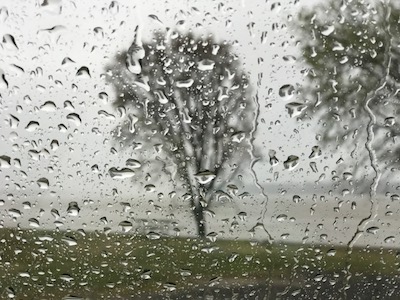 We stayed for four nights at the Tom Sawyer RV Park on the west side of the Mississippi River. It was just our luck that it rained the entire time. On our second night at the park, we were fortunate enough to be able to move to a spot right next to the river. We had an unopposed view of the river to watch all of the big barges go by. 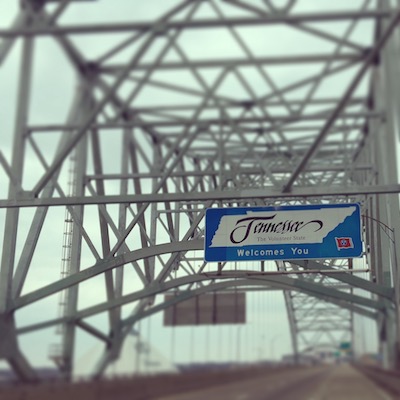 Being on the west side, we were still in Arkansas but Memphis was just over the bridge. On Monday we had to head into Memphis so Ben could have some documents printed. I was excited because I could finally say I had been to Tennessee. The highways and roads were pretty rough, but our Pleasure-Way took it like a champ without any squeaks. Once we found side street parking a couple blocks from the FedEx I hung out with the RV while Ben went to print his documents. After ten minutes or so, Ben came back to the RV in a bit of a huff. His jeans had split! Fortunately he had just gotten a new pair a few days before and was able to swap out (it was a bit chilly for shorts).

The rain wasn’t so fun, but we did get one day that we were able to walk outside a little bit. We liked the park and being so close to the water. The park owners keep it very clean, and routinely looped through the sites to pick up any trash. It was off the road a good bit, and two miles away from the interstate. This allowed it to be a pretty quiet location to kick back and watch the barges go by in our van down by the river.