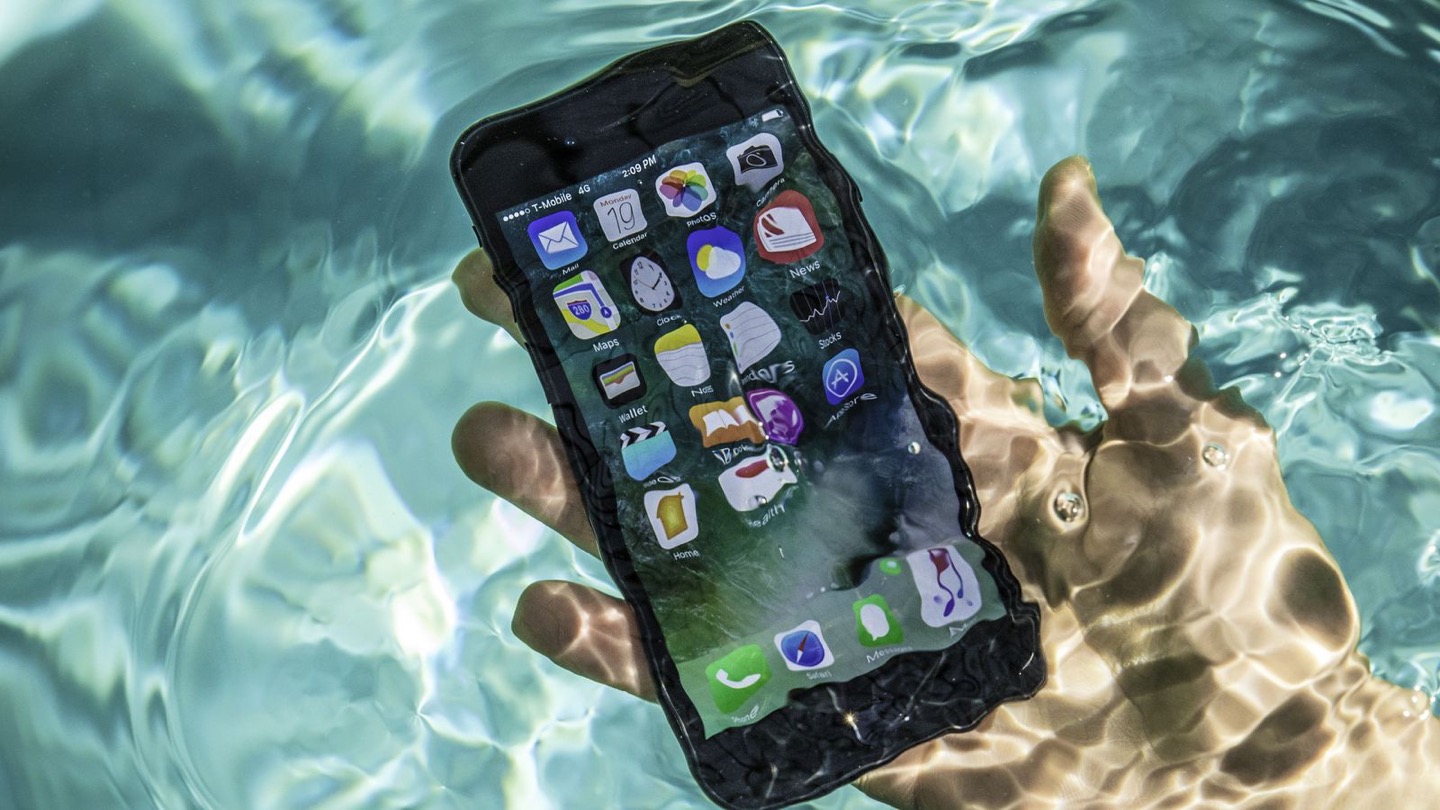 We spent Sunday at the Aria pool enjoying the warm weather and joining our friend as she celebrated her 40th birthday. Ben pulled out his phone to snap a picture of the scene. After posting to Facebook to document the occasion, he decided to see how well his iPhone 7 Plus camera handled underwater photos.

When the iPhone 7 first came out, Ben - being the man he is - read every article and watched every video of the device being tested against Apple’s claim of ‘water resistance’. Many of these videos and articles resolved on the iPhone living up to the claim and surviving being left underwater for various lengths of time. With this previous research in mind, Ben felt confident that his iPhone could handle being in the water long enough to take a few pictures.

After a few repeated attempts Ben managed to get an underwater photo. The phone screen stayed on in the water and once pulled out worked as normal. Touchscreen responsiveness was the same, and Ben was able to use his wet phone. Even while sitting on the edge of the pool, with the speakers half in the water, the phone worked. As far as we could tell, Apple really did come out with a waterproof phone. It wasn’t until after the phone dried a few hours later that we thought “maybe not so much”.

As it turns out, the iPhone 7 is NOT waterproof. Water resistant (splash resistant really), maybe. It also happens that despite Apple advertising a water resistant product, their warranty absolutely does not cover water damage. We ended up going to the Apple store at The Forum Shops at Caesars to purchase a refurbished phone in the same color and storage space as his drowned iPhone 7 Plus for $350.

It was disappointing to have to replace the phone. Ben would not have allowed his phone to get anywhere near the water had he not seen it successfully tested in so many videos. With Samsung having a waterproof phone, it only seemed fitting that Apple would have done the same with their most recent phone. If you’re an iPhone carrier looking to get some underwater shots or wanting to use your phone for music anywhere near water, a waterproof case is still in your best interest. Trust us. :)